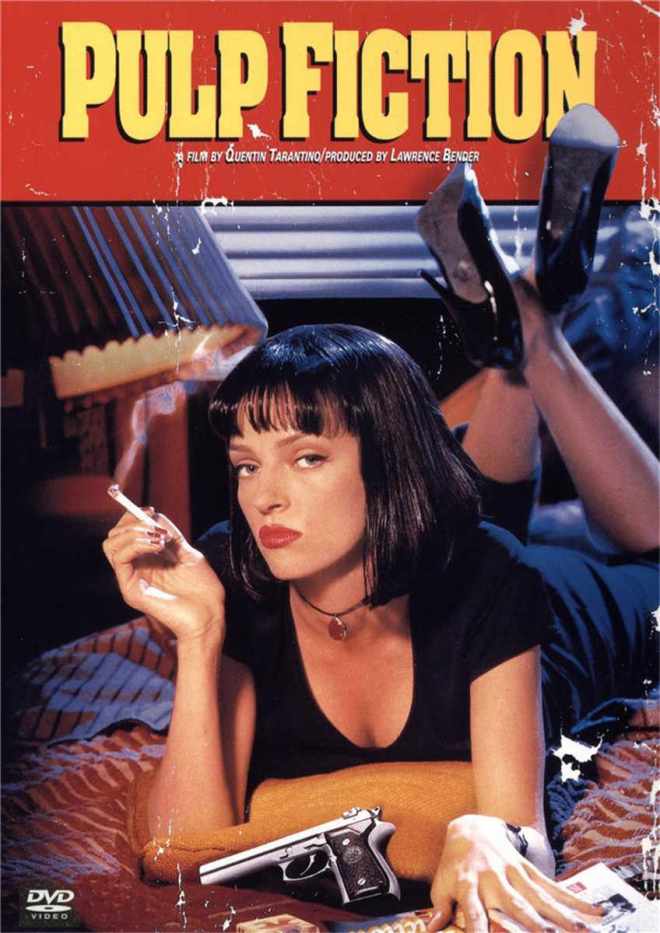 I re-watched Pulp Fiction today. This time, with subtitles. And this time, I didn’t watch it like some confused chick trying to endure and decipher the beauty of this supposed cult classic. I finally got to appreciate it and give it the thumbs up it deserves (oh boy how trite was that).

I was, I think, in my first year of college when I watched it for the first time. Or was I in high school? Whatever. I’m pretty sure I only watched it because it’s always in the movies-to-see-before-you-die lists—and I wanted to be that girl who knows the “must-sees” (hurray for pretentious-ness!). Safe to say I didn’t quite get what the hype’s about. When a colleague asked me about it years later, I just told him “it’s not for everyone—there’s a reason it’s a cult classic, and not a regular classic.”

Even after re-watching it, the same sentiment remains: it really is not for everyone to enjoy. But now I get why other people did.

Watching it with subs surely helped. I still struggle with English even after years of formal education, so knowing what the characters were saying was detrimental in understanding what was going on in every scene. When I watched it the first time, I was all confused when Mia (Uma Thurman) almost OD’d. Dude, I didn’t know what OD was—not the just the meaning of the word, but the very concept of dying because of drug overdose. I didn’t get why she’s suddenly bleeding, why they were panicking, how she sprung back to life, etcetera etcetera. I thought it was all postmodern shit that was not supposed to make any sense. Now—thanks to the subs and my “enhanced” knowledge on drug stuff—I knew why Mia OD’d, I got why the hospital was not an option, and so on and so forth. Now that scene made sense.

Butch’s (Bruce Willis) storyline was also interesting. It gave me the most thrill (not sure if “thrill” is the word I’m looking for, but it’ll do). I was constantly assuming what the characters would do, constantly second-guessing myself, constantly warning the characters not to do what they’re about to do…Trust me, this shit is not as predictable as people (like me) would like to think.

I also really really really liked the banters between Vincent and Jules—another thing that I only got to appreciate because of the subs, thank you very much. Compared to them (Jules, especially), my soul just felt hollow, man. I guess that’s what happens when you’re in perpetual fear of getting killed any moment, or when your job entails killing other people? Or maybe the movie’s just trying to glamorize crime and violence—I mean, can gangsters be really that philosophical?

Eh, whatever. I’m off to read some reviews and analyses and shit. I can’t believe I waited this long. 10 out of 10 will watch again.